All kinds of anime portray the perfect image of all our imperfections. The fantasy of our inner mind is beautifully depicted in anime.

The amazing storyline, the flow of the action sometimes make people watch anime again and again.

When the anime touches the core of the heart, it goes beyond its original territory. People of the world want to enjoy anime. That anime gets specific attention to dub, remake, and prepare for different countries.

Yu Yu Hakusho is a Japanese anime series. The writer of this manga series is Yoshihiro Togashi. The story of the anime is based on the reviving of a delinquent teenager.

If you don’t understand the Japanese, you won’t be deprived of watching the famous anime. Now you can enjoy Yu Yu Hakusho in English also. Let have a deep look over the series Yu Yu Hakusho in detail.

The Origin Of The Story

Yoshihiro Togashi made Yu Yu Hakusho at the end of 1990. He very much fantasized about a detective, secret, and horror films.

While producing the amine, he was very much influenced by Buddhism and Buddhist mythology. Later the story was portrayed in the series immediately in their country channel from 1990 to 1994.

The whole story has been completed in 175 chapters and 19 volumes. The manga became so popular that it is broadcasted in Vix’s shonen jump from 2003 to 2010 in North America.

The Japanese Fuji tv network started to broadcast the series from 1992 to 1994. Later, it was adopted by Yomiko Advertising and Studio Pierrot. Noriyuki Abe, in 112 episodes, directs the famous anime.

In 2001 the anime got the license for broadcasting in North America. The world-famous tv channel cartoon network aired the anime in two blocks; these are Adult Swim and Toonami.

The story of YuYu Hakusho is very much alluring and heart-touching. The anime is a huge success all over the world.

The story reproduced an animation series, two animated films, video games for a child, audio album and was released in various forms in many countries. 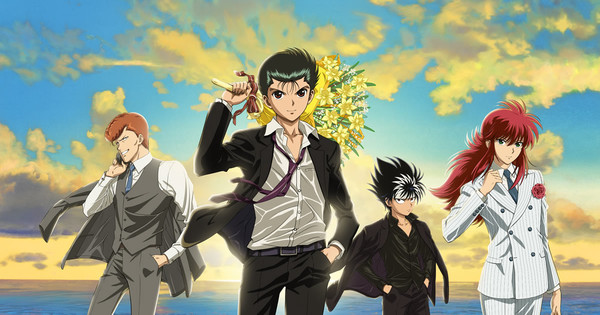 Yu Yu Hakusho is a famous fantasy of 90’s children. But it takes a long time to come out from its original territory. The Japanese word Yu Yu Hakusho means Ghost Files in English.

The English dubbed was more swearing and touching, and it helped the anime secure the place among the top ten of those days.

To make the story contemporary and more attractive English producers make some changes to the main theme.

Though the story starts its journey as an adult swim in North America, it has been transmitted to Toonami for the audience’s demand. The changes increased the appeal of the story.

Though the English dubbing aimed to make an anime for the United States adult, the storyline also triggers the young audience. Animax Asia of Hong Kong also produces an English version of Yu Yu Hakusho.

Yusuke Urameshi is the main protagonist of the story, who was the son of alcoholic Atsuko Urameshi. The young boy had died while he was trying to save a child’s life in the street.

After reaching the world of spirit, he is informed that he had saved that child’s life. But the death of Yusuke is not natural. The sudden unexpected arrival of Yusuke in the afterlife is not normal.

As a result, he has to go through numerous tests. Koen is the son of the ruler of the afterlife Underworld, who conducts all the tests and approves Yusuke to revive.

Yusuke is appointed as the detective of the world of spirit. He executes the cases of demons and other aspirations in the human world. He used to travel with his friends named Kuwabara, Kurama, and Hiei.

He got special spiritual abilities from the spirit world, demon world, and human world. With the growth of the story, the fighting gets more attention over detective quarries.

Though it is the generalized plot of the story, the story gained more fame after its English dub. The changes and additions of the story continued with the time of its remake. A new vibe gives a force to the story in the United States.

Changes On The Original Anime

Some things have been changed while the series is dubbed in English. The name of the series is changed to make it more attractive in its English version. They use the title Poltergeist Report with the Japanese subtitle Ghost Files.

The major change that brought in the English version is the transformation of some characters. The Yokai of the original series transformed into a demon in the English edition.

The thought and dialogue are not translated exactly as the Japanese. In the original Japanese story, Yoko Kurama’s character was a fox, and its other name is spirit fox.

In the English dub, Yoko is taken as a name rather than a title. Another mistake that has been taken normally is the confusion of the voice and sex of Kurama. In English, dubbed uses a different accent of English throughout the whole story.

Here you may find the British accent, Tohoku accent, and Australian accent by different characters. Moreover, there are some changes in the main content of the story to make it catchier to the audience.

In the original version, Botan states Yusukus’s work remains secret. But in English dubbed, he states the existence of human beings creates a disturbance in ruling the world of spirits.

The presentation of limbo is another unique thing that makes the English dub more famous. Limbo is a place between heaven and hell, but in the English version of this story, limbo is represented as the torturing chamber where Toguro was decided to send.

The Response Of The Audience 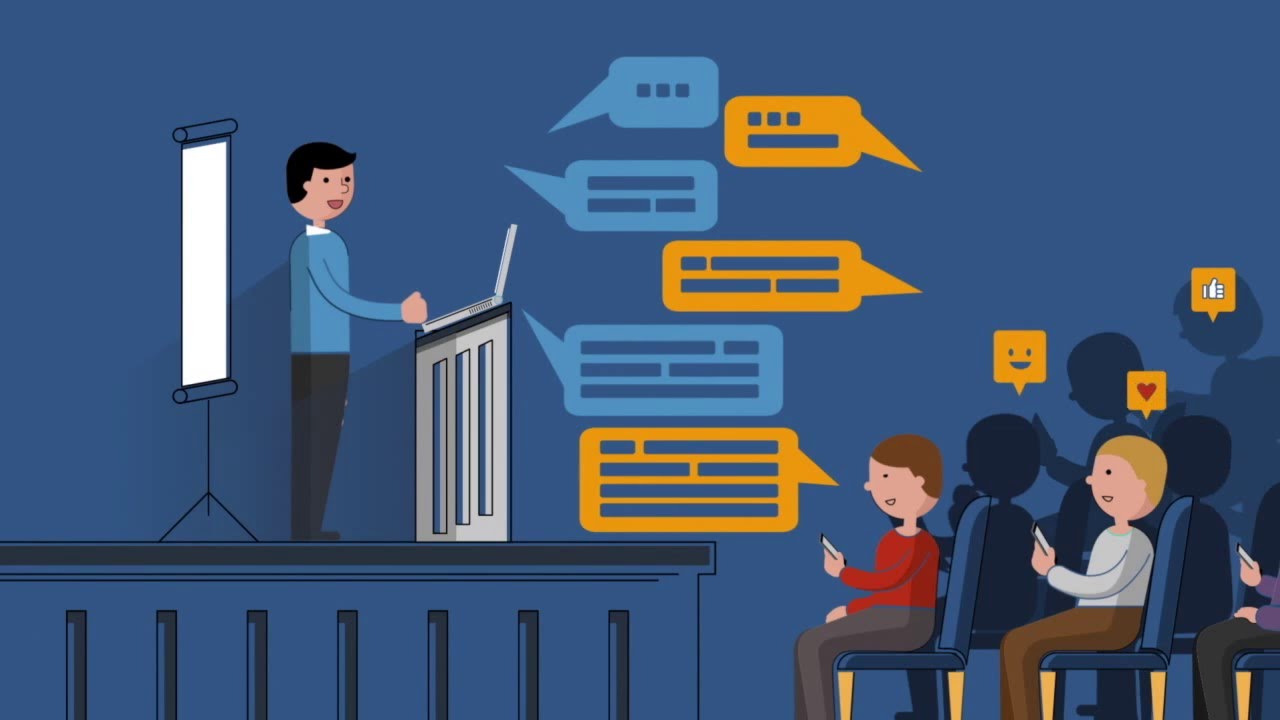 Yu Yu Hakusho gets such a huge response in Japan that it gets the attention of the whole world. The series is the only last night series for the adult that has been broadcasted on cartoon networks for a long time.

The adult version catches the interest of the young viewer. Thus, the plan of making another child’s version of the story.

The manga has been so well received by the Japanese that it covers selling the lion’s share of the Shogakukan Manga Award. They sell over 49 million copies in Japan alone.

In 1993 The story won the prestigious Shogakukan Manga Award for Shonen manga. In 1994 and 1995, the anime series won the Animage Anime Grand Prix prize as the year’s best anime.

Yu Yu Hakusho has a large number of followers. There are huge enthuses of the television version of the series from the United States and worldwide.

Where To Watch Yu Yu Hakusho?

You can watch Yu Yu Hakusho on different websites and online movie streaming platforms. Many famous websites offer you the full episodes of the series. Hulu and Netflix are the two of them.

If you have a subscription to these applications, you can enjoy all the episodes here. For passionate movies or anime lovers, the audience can enjoy amazon prime video of Yu Yu Hakusho.

Here you can stream the anime without facing any disturbance of internet browsing or unwanted advertisements. But in that case, you have to pay a certain amount of cost.

If you want to watch the anime without spending any money, you can search Yu Yu Hakusho on YouTube. They also provide you with some free episodes for free. But if you are a subscriber of Crunchyroll, you may not get this particular anime anymore.

There are lots of fantasies about animation superheroes. They become the idol of their young viewer. Some characters become immortal because of their unique abilities to deal with the problem.

When an anime character goes beyond the limitation of all sorts of imagination, the character is celebrated everywhere. The Japanese Yu Yu Hakusho have crossed the definition of boundaries.

The uniqueness of the character Yusuke gives a new definition to the anime world. It creates a new video of amalgamation of the spiritual world, science, and other accessories with no logic.

The heroism of the protagonist inspired the audience. Now the whole world enjoys the anime in the English dubbed version. I hope this article explained the important facts about Yu Yu Hakusho In English.

1. Will Yu Yu Hakusho Be On Netflix?

Yes, Yu Yu Hakusho will be coming to Netflix in 2019! This popular manga series follows the adventures of Yusuke Urameshi – a young man who is killed and then comes back as a ghost with the power to fight demons. This series is sure to be a hit with fans of anime and manga, so mark your calendars and prepare to binge-watch!

2. What Does Yu Yu Hakusho Mean In English?

Yu Yu Hakusho is a Japanese manga series written and illustrated by Yoshihiro Togashi. It has been adapted into an anime television series produced by Fuji TV and aired from October 3, 1997 to March 30, 1998. The series follows Yusuke Urameshi, a delinquent teenager who is killed in a car accident but comes back to life as a spirit-like being called a “Yuusha” (hero), with the mission of fighting evil spirits known as “Hollows”.

3. What Is Yu Yu Hakusho Based On?

Yu Yu Hakusho is an anime series that is based on the manga of the same name by Yoshihiro Togashi. The story follows a young teenager named Yusuke Urameshi who is killed in a car accident, but is revived as a spirit warrior known as a yuuken. He must team up with other spirit warriors known as exorcists to fight evil demons that are plaguing the world.

No, Yu Yu Hakusho is not English dubbed. The English dub was produced in the Philippines and aired on TVXQ’s television channel Mnet prior to its release on Netflix. Yu Yusuke Urameshi, (nicknamed “Yusuke”) one day witness a burglar breaking into his family’s clinic and unintentionally kills him in self-defense with a chain thrown at him by Hiei due to telepathic powers that he’s developed.

Thank you for asking! Here is a list of all the episodes of Yu Yu Hakusho: