There was a time when the availability of an internet connection would be an expensive thing to desire. Youtube and other websites were a lesser-known factor to the people. So what is the reason behind the cancellation of flapjack?

During that time, Cartoon Network was an everyday dose for people of all ages. The Channel not only entertains people but also helps people in learning and knowing various things.

Cartoons are humans’ favorite stress buster. It is a sort of entertainment that will reduce nervousness and recharge you in no time.

Since 1992 Cartoon Network has become a regular name in every household. The Channel has been entertaining us with its various shows and has become popular among kids and adults worldwide.

The Marvelous Misadventures of Flapjack A popular American animation series named The Marvelous Misadventures of Flapjackgained popularity within a very short sphere of time. It was the first telecast in North America in June 2008. The series has 3 seasons and 46 episodes which have 91 segments in total.

The show creator Thurop Van Orman, an American culture television writer, producer, director, cartoonist and voice artist, did a splendid job of making this amazing cartoon. The fanbase of Flapjack was from children to adults, as it is funny and weird to some extent.

The show’s protagonist is a young boy named Flapjack who is raised by a talking whale named Bubbie and trained by Captain Knuckles, later he is determined to sail towards the magical Candied island along with his friends. The show is all about the adventurous journey to the magical island. Flapjack got into the eye of many people, for which it has received much popularity and awards.

In 2009, Flapjack won the Primetime Emmy Awards as an outstanding individual achievement in animation for background painter for the episode “Sea Legs”. It was nominated for best sound editing in the Golden Reel Awards.

In 2010, the show was nominated in the Primetime Emmy Awards and Annie Awards as an outstanding short-format animated program and best-animated television production for children. The show was exciting and was considered as good as Spongebob. However, it did not last long as the Channel stopped telecasting it in August 2010.

It was extremely surprising and saddening for the audiences to accept that their favorite show was off-aired.

The Channel Cartoon Network decided to go off-air with all the shows that had been telecasted before 2010.

Along with Flapjack, other popular shows like Teen Titans, Courage the Cowardly Dog, Scooby-Doo, Thundercats, Young Justice, Kim Possible, Danny Phantom, Samurai Jack, Wolverine and the X-Men and some more shows had gone off the air.

Cartoon Network, the Channel itself, does not explain the off-air of such an incredible show. The Channel does not maintain such a policy of answering the reason behind their actions. 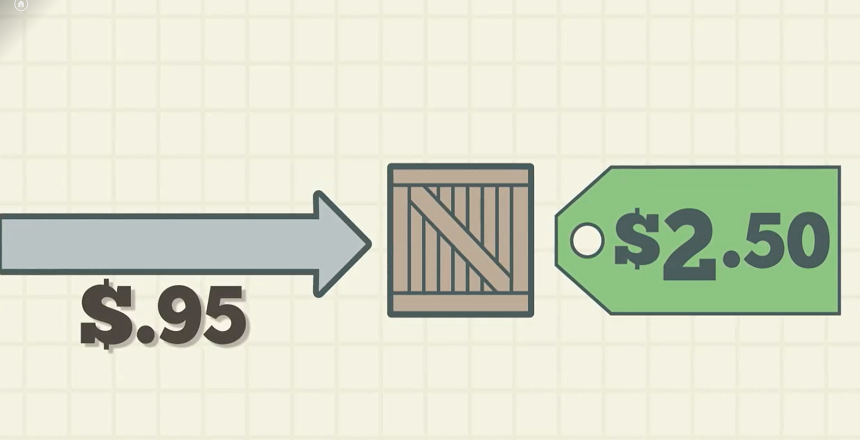 Many speculations have been made regarding the off-air of Flapjack. Such speculation says that the production cost of Flapjack is high, which is difficult for the Channel to handle.

For this, the channel authorities had talked with the writers and the creative director. Nevertheless, the talk between the Channel and the show makers did not go well with the production cost, which is why the show was canceled. Speculation also says that the number of viewers of Flapjack is the reason behind the cancellation.

Each show has to maintain a certain target rating point in the television industry, which is essential to obtain to continue telecasting the show. If the show fails to acquire the target rating for a long period, the Channel decides to cancel the show.

The top of Flapjack was low for a very long period. Thus the Channel decided not to continue telecasting. Cartoon Network does not telecast the shows which have had the low top for a long time. Though Flapjack is a funny and entertaining series, many claims that it is terrifying for kids. The age rating of Flapjack is 7+, but some parents find it unsuitable for their kids’ mental health.

Some scenes like when the barber intimidates Flapjack to stab in his face and Captain Knuckle’s skin peel off is quite flashy and uncomfortable for children, also Knuckle’s story about losing his hand.

Besides, the show presents sexual contexts and uncanny elements which are bad for the mental growth of the children.

It includes some sexual connotations to convey a message and glorify it. Also, it presents fetishist behavior and partial nudity in some episodes, which is quite disturbing.

Moreover, presenting uncanny elements like spooky cat images and all that gives a hard time to kids. Parents do not encourage children to watch such a show which may be a bad role model.

The show has some dark and creepiness to the older audiences, but this creepiness is humorous and entertaining. Such negative reviews of the show make the Channel decide to go off-air with the show.

•  Misunderstanding between the Channel and the Show-Makers Various rumors run in the television that the miscommunication led the Channel and show-makers to separate their paths.

The Channel claims that the creative director JG Quintel chose to make a regular show, leading to the end of Flapjack.

On the other hand, the show creator Thurop Van Orman did not even know that the show was decided to go off-air until the final episode was aired.

Again, some other sources claim that Thurop already knew about the show’s cancellation, which is why he ended the show in such away.

The Channel and the show-makers had some miscommunication which led them to cancel the show, even though it was doing good.

•  Do Not Match the Channel’s Format

Cartoon Network has a certain format according to which they select their shows and telecast them. Flapjack does not go with the format of the Channel.

It is more humorous and dark than other shows on Cartoon Network. The target audience of Cartoon Network is the kids. Hence it prefers to telecast such shows that are suitable for kids. The elder people mostly like a flapjack.

Cartoon Network prefers not to continue such an expensive show and rather focuses on cheap shows to telecast.

Another reason can be the show’s rating; if the rating of the show is high, then the Channel will have some special consideration even if the production cost is high.

As long as the rating is high, the Channel will consider the high-cost production, but in the case of Flapjack, the production cost was high, and the rating was low, which led the Channel to cancel the show without further consideration.

Flapjack is a unique show which focuses on marine life. The show could have done better if it had focused more on entertaining than on humor. If the dark, creepy segments were reduced and more fun elements were added to them, then the audiences would not have complained.

Also, Cartoon Network should work on its format, so Flapjack does not go with the format that the Channel maintains is not acceptable at all.

A channel should telecast various types of the program of a particular genre as there are audiences of various tastes. I hope now you understand the reason behind the cancellation of flapjack.

The news of the return of Flapjack is also a rumor which does not have any authentic source. Even with some negative reviews, people admire the show. That is why even after the show is canceled, people want it back with some new entertaining stuff.