The United States of America is the playground of different cultures, religions, and casts from various countries. They host a large number of immigrants from all over the world. The government is enriched with ethnic diversity also.

The African, Native American, Latin American, Asian  and many other countries build a multicultural lifestyle. The dialect, music, arts, social habits, cuisine, and folklore varies from one state to another. Because of the extensive range of cultural fusion, America is called the American melting pot.

People from any country or place can adjust to the habit of Americans. The famous term The American dream derives from the belief that anyone can attain a progressive life of honor and success from wherever they are born on. But success makes a person isolated and creates a circle of loneliness everywhere. Well, is American culture is toxic?

The culture of America influences everyone to dream big, and it gives a driving force to become materialistic. From that, the vital issue arises that “American culture is toxic – Is it true.” There are lots of arguments about the fact. Let’s disclose the dispute. 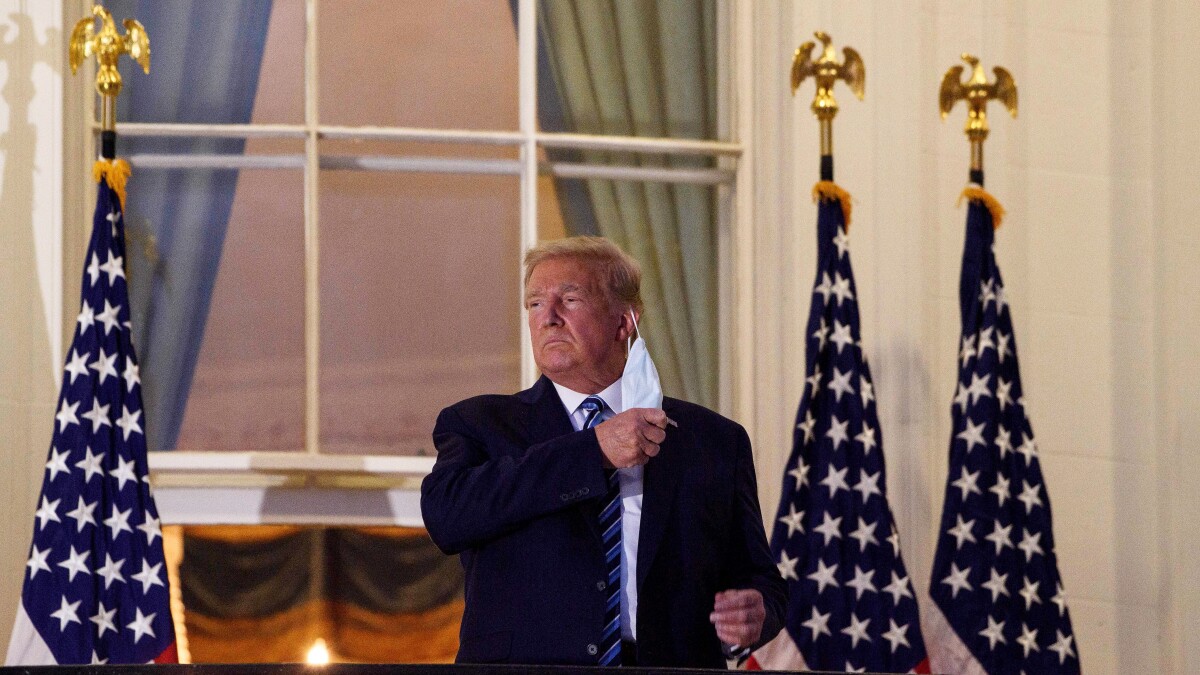 The Growth Of Toxic Individualism

The people of the 21st century are dealing with thousands of psychological, social, and cultural problems. The uncertainty of life increased gradually because of the running pandemic situation.

People are now detached from the regularity of everyday life. It creates imbalance everywhere, whether in family life or social life. Many people lost jobs and fall into depression.

Family life becomes toxic as in continuous lockdown broken all the berries of tolerance. People failed to combine their passion and profession and build an isolated idealism to progress.

Their desperate seeking of success makes them alone that leads them to practice some scheduled activities. They are involved in a circle from which they can’t come out or don’t want to break the schedule. There are many reasons behind the growth of individualism. Such as:

• The practice of extreme capitalism.

• The lake of spontaneous participation.

• Concentration on wealth and power.

• The influence of super-ego 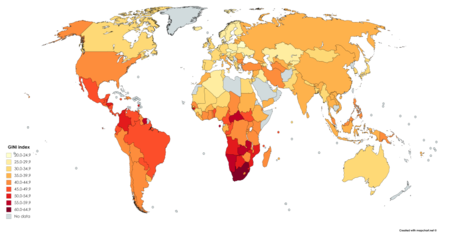 Social circumstances create an invisible pressure of being stable and secured life. It makes people to sacrificed their passion and run towards the so-called socio-economic stability.

Modern days is another name of the segregation that evolves economic inequality, imbalance in income, social and moral degradation. Extreme social conflicts of high and low class emerge in the name of hierarchy.

The ultimate result comes out as social polarization that creates a barrier in the amalgamation of culture. People suffer from the diaspora and severe frustration. It makes the individual lead a poisonous life.

The Practice Of Extreme Capitalism 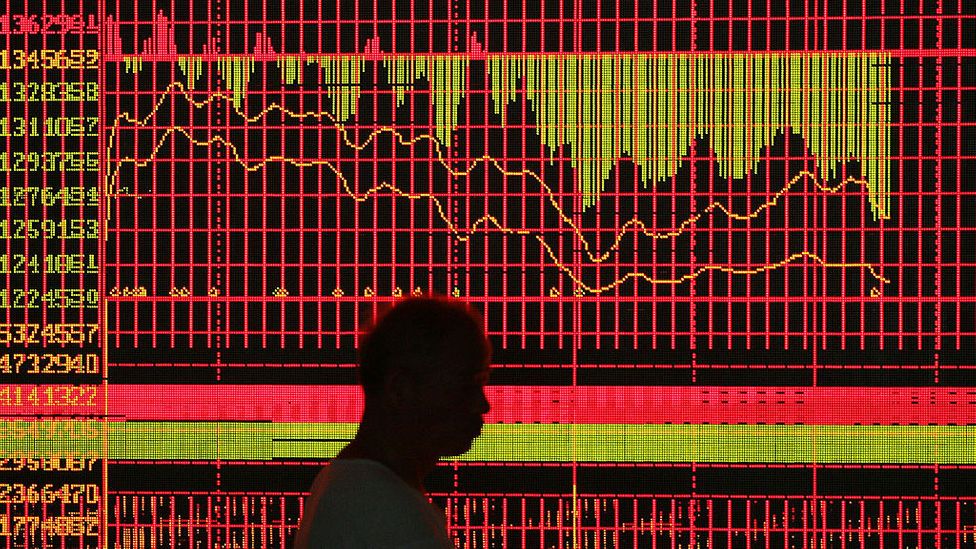 Capitalism is the disguise term of social discrimination. It indirectly marks out the aristocrat and lower class. The materialistic view of people makes them so ambitious that the suppression crosses its limits. The elite class focus not only on growing their wealth but also dominate the poor. Consequently, the difference grows higher than in the past. These sorts of practices encourage deprivation, exclusion, and moral decline.

The profound observation of the American job market shows an accurate picture of the country. It is surrounded with full of insecurity and obstacles. During the tough time of Covid-19, financial insecurity exits its height.

It makes the young individual think of earn money and settle themselves anyhow. Most of the time, they do overtime duty in their office. In their free time, they manage to do another job to earn more money.

As a result, they reduce their family time and meeting with friends. Their culture influenced them to prioritize individuals rather than groups as if the ultimate success is their only destination.

The Lake Of Spontaneous Participation 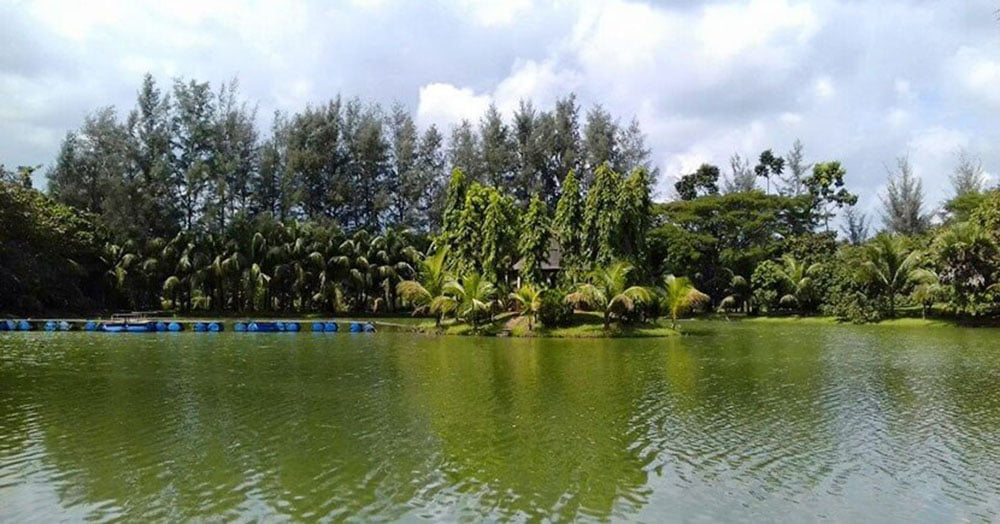 data-preserver-spaces=”true”>American culture never encourages anything to celebrate extravagantly. As they teach children to glorify themselves, they never try to involve themselves in any work that doesn’t make sense.

Under the guise of persistence, they glorify sufferings and death. They remain indifferent in any event like sports, entertainment, music, sex.

Even politics and emergency issues never affect the brutal self-deceiving life of the American citizens. They are trained to practice such a toxic life that they can’t even think of coming out from that.

Concentration On Wealth And Power 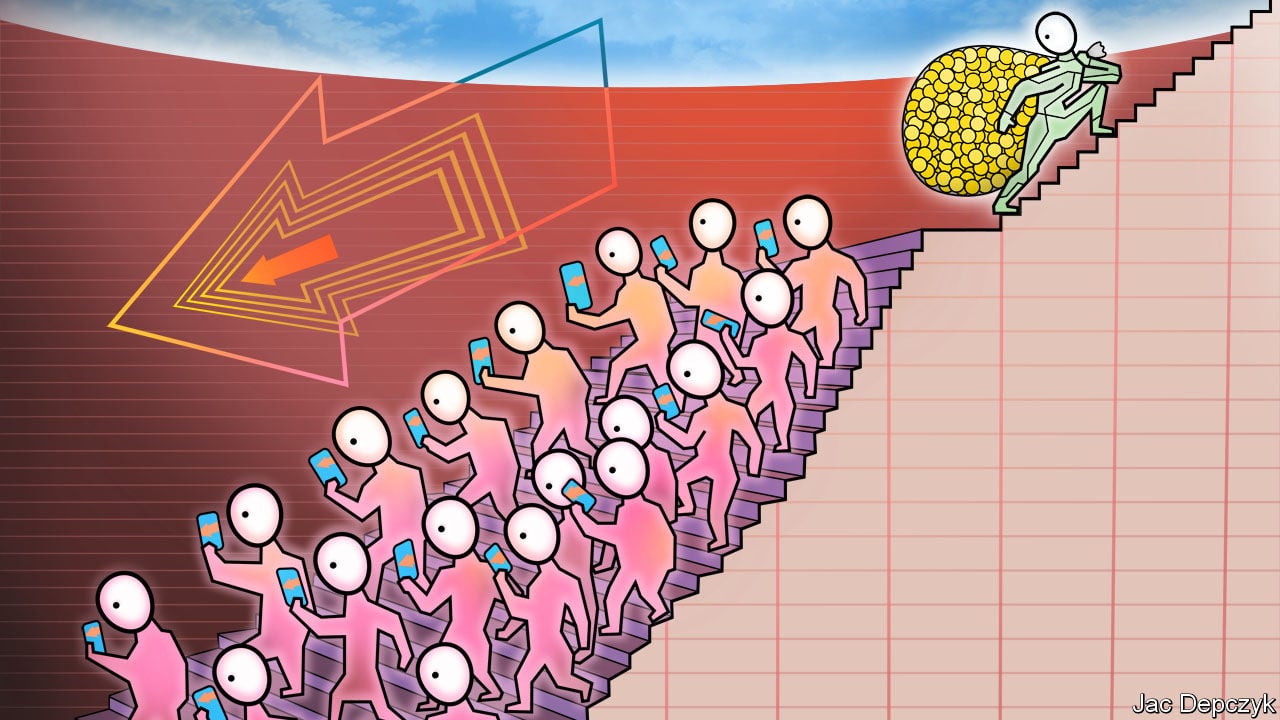 America is the hosting country of capitalism. It encourages individual up-gradation and interpersonal isolation. Surprisingly, people get used to this toxic practice of self-alienation and become used to lead robotic life.

They switched jobs in search of gathering wealth and to fulfill their vision of the American dream. Mary Pipher, the psychologist and a social observer reveals in her book “Writing to Change the World” that “We no longer live in a culture where we know most of the people we encounter,”

The Influence Of Super-Ego

The super-ego is the high state of mind that makes people suppress all sorts of desire that is not granted socially. The term derives from the theory of the psychology of Sigmund fraud.

Though it bounds A person to act socially and morally, today’s situation changes the whole scenario. Nowadays, a standard attribute is that a person runs for money and maintains a less social life.

They never pay heed to their physical or mental health as if they live to make wealth and secure a social position. All of their efforts make them alienate, and they lose the happiness of life.

Lifeless Journey Around A Circle 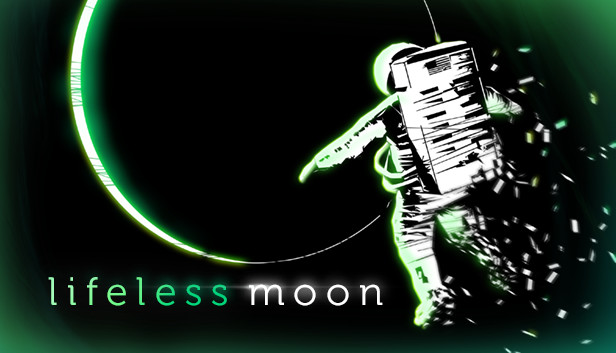 The life of the Americans becomes an ordinary life like nomads who run on a treadmill aimlessly. They fixed the destination that always remains invisible and untouched. Statistics show that.

They work for a longer time than the people of any other country of the world, which makes their brains exhausted. Their health is declining, and their lifespan lessens day by day.

According to International Labor Organization Statistics, the marginalized poor of America most often work two jobs and more than 50 hours a week.

The aimless race of gathering makes the people obsessed. The government of America has an organized system of healthcare, education, and plans for retired people.

The retired person gets both government and employer pension after the age of 65. Moreover, they have full access to their health insurance. But the dream of power and wealth forces them to compete with themselves and practice the unhealthy race.

The Contagious Domain Of Unhealthy Practice 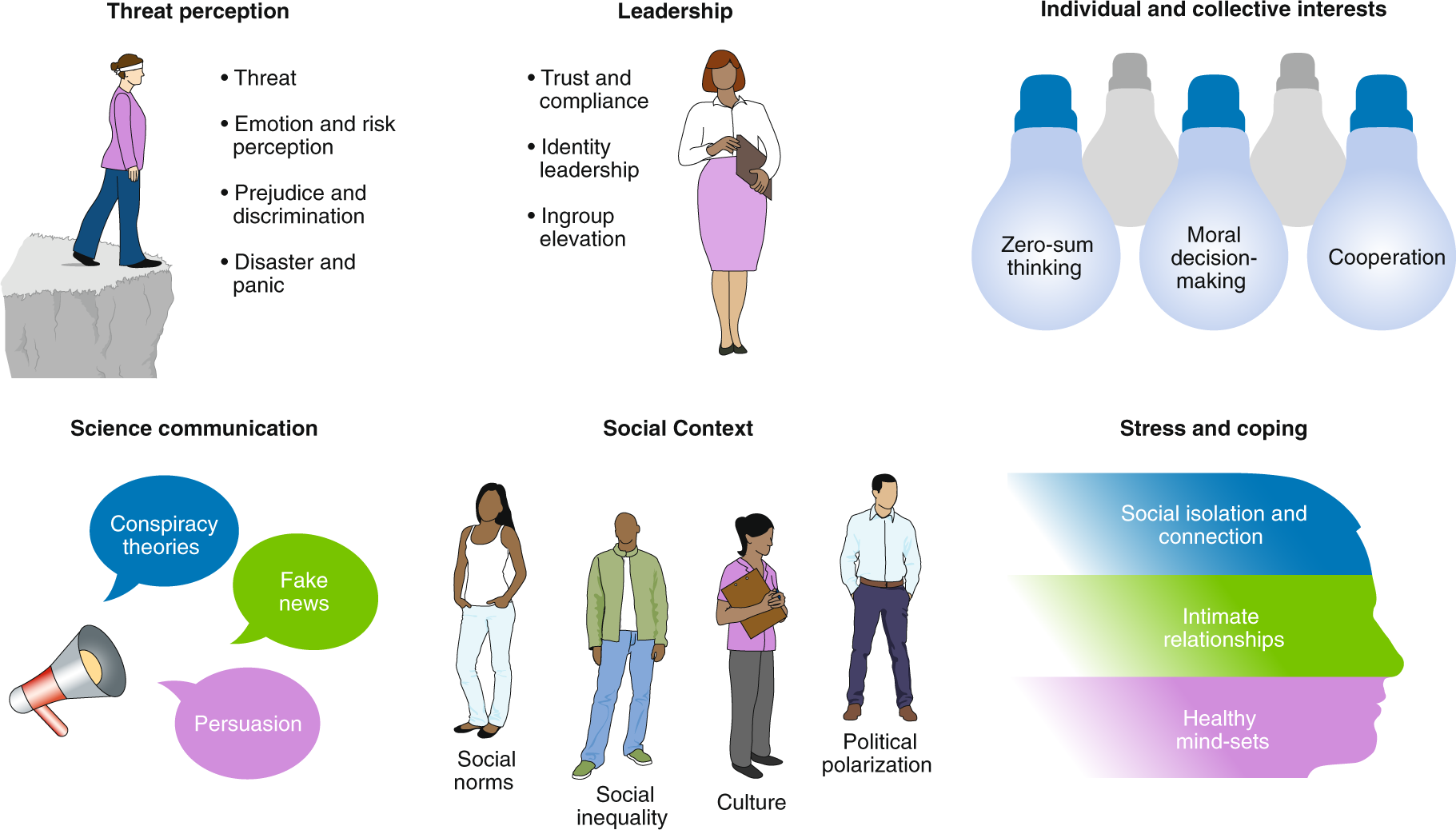 Making money and dreaming of being a google millionaire is a contagious practice passing through generation to generation. The social pressure of being wealthy and maintain aristocracy dominates the parent of every class.

The suppressed tendency of touching the highest degree of money passing to their children. They unconsciously pressurize their children to get disconnected from others. They start their struggle of being wealthy from their educational time and proceed to lead an unhappy future.

From the very beginning of school life, teachers teach the student to obtain the supreme materialistic goal. The kids learn that they have to contribute to their house to maintain so-called social status from home.

When they pass their adolescence, they concentrate on gathering money rather than skill. They never want to explore their vision or never encourage their dream to win over their material necessities.

Young people are suffering from depression and anxiety. They work like a robot in the office and pass a lonely life at house. And the self-destructive tendencies like suicide emerged on them.

Narcissism And Its Adverse Effect

The ultimate wealth and power can’t bring sound health to the Americans. It is a proven truth that the Americans lead the whole. They make the ultimate decision in almost all sorts of international incidents.

But the wealth for which they have dreamed of cannot ensure their mental or physical health. The highly ambitious people suffer from diseases like diabetics, high blood pressure, heart problems, and cancer.

The tradition and practices of Americans define the soul of western civilization. But the system inherits the lousy practice of racism and class discrimination. It directs the young to leave social life and to focus on building a self-made man.

The fantasy of building an identity leads to a toxic life where there is no place for family bonding, friends meeting, love, or affection. The practice of narcissism starts to show its torture which leads to the tragic death.

The practice of individualism destroys the citizens of America under the feet of success. They were nowadays worshipping the self over God. The guilty personal pleasure win over morality.

And the fact is ridiculously actual that the Americans are used to practice a toxic culture. The practice encourages social violence and the ill practice of deceiving and snatching money. Now, what do you think thatAmerican culture is toxic – Is it true?

In this way, the most culturally diverse country, America, endangers its future. The citizens of America should come out of their self-barrier and welcome their previous tradition once again to proceed towards a healthy, happy and prosperous life.