If you are a traveler, you may visit different places in several countries. Every country has its own culture. Some of the cultures are considered folk cultures.

There are many folk cultures around the whole world. A folk culture refers to an exceptional native community that follows the same traditional values. Most folk cultures can be found in Russia, Germany, Latvia, Bangladesh, Poland, Indonesia, Estonia, Japan, and India. Here are the 10 of the exciting cultures you don’t know about. 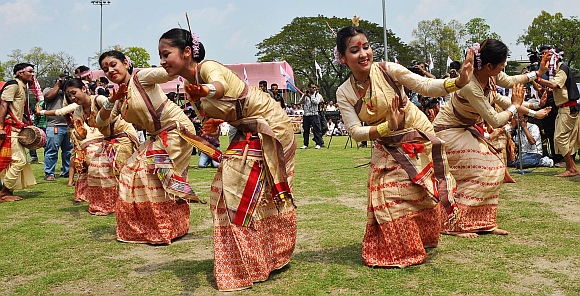 The 10 Most Interesting Cultures Of The World 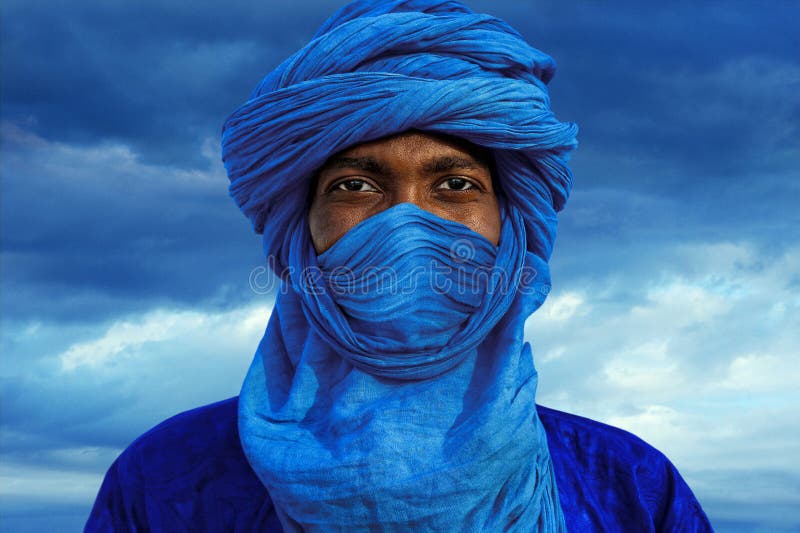 Tuareg tribes live in Libya, Chad, Mali, Algeria, and the Sahara Desert of North Africa. You will be amazed at their different norms.

They are Muslim and follow all the rituals of Islam. Tuareg people are spreading over many countries, mainly in Mali and the Sahara Desert.

Most of the Tuareg tribes are farmers, traders, and cattle herders. They are famous for their nomadic life regime.

In the 18th century, Tuareg people were considered black Africans. Their feudal traditions are present in weapons, foods, and lifestyles. They are part of another ethnic folk Berbers. 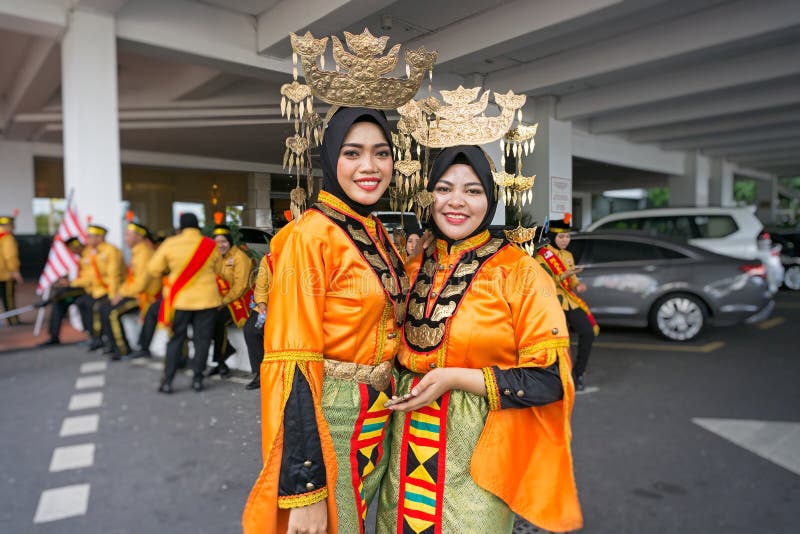 Sama-Bajau tribes are found in islands of the Philippines. There are almost 1.1 million of Sama-Bajau people living across the whole world. You may find them in Brunel, Malaysia, and Indonesia.

The most followed religion of Sama-Bajau is Sunni Islam. They live in houseboats and are known as sea gypsies.

The primary profession of Sama-Bajau is boat dwelling. They have their traditional music, dress, dance, and art forms. Their horse culture is famous in Malaysia. Around 90 thousand people are living in Huli or Haroli tribe. The existence of the Huli people can be found in the Islands of Papua New Guinea.

Huli people speak in the Huli language that is also known as the Tari language. Along with the tribal lifestyle, they are occupied with growing crops and hunting.

They are also well known for their ornamental crowns and painted face. It is one of their unique traditions. 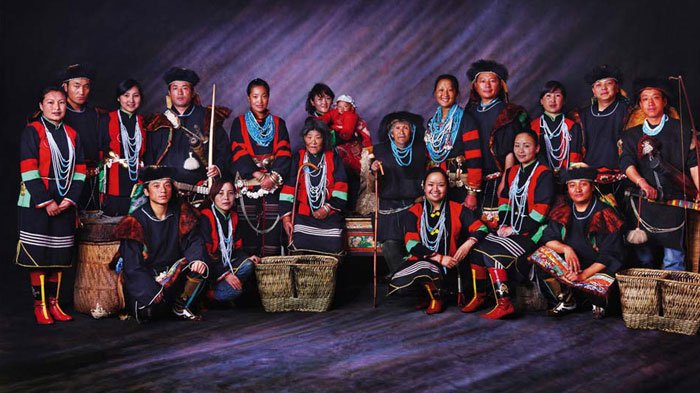 Lhoba tribe belongs to the southern side of China. It is one of the minor traditional folk of the Chinese government.

Lhoba people are considered as southern Tibet. The folks of Lhoba speak in three individual languages, mainly the Tibetan language. They wear their ethnic dresses, which are comparable with Tibetan attire.

Lhoba people are the devotee of ancient Buddhism. With all of their belief, they celebrate festivals like Reh to control their reconciliation and fortune.

They differentiate their lives according to social stats. Dumplings and tsampa are their favorite food. Though they drink alcohol like wine at their festivals, they love to drink buttered tea. 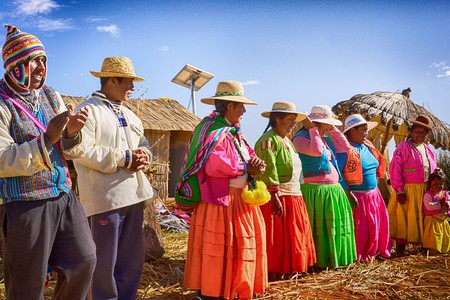 Uru people are natives of Bolivia and Peru, living on floating islands. They are consist of three groups like Uru-Iruito, Uru-Chipaya, and Uru-Muraoto.

The Uru language is quite similar to the Chipaya language. They are self-claimed Lupihaques which means ‘sons of the sun.’ Uru people are into fishing and domesticating some animals.

These people are efficient in arts and crafts. Maintaining tourism in their houses is hard for their lives.

Some of the tourists help them to earn money. With their financial support, they are introduced to modern technology like motorboats and solar panels. 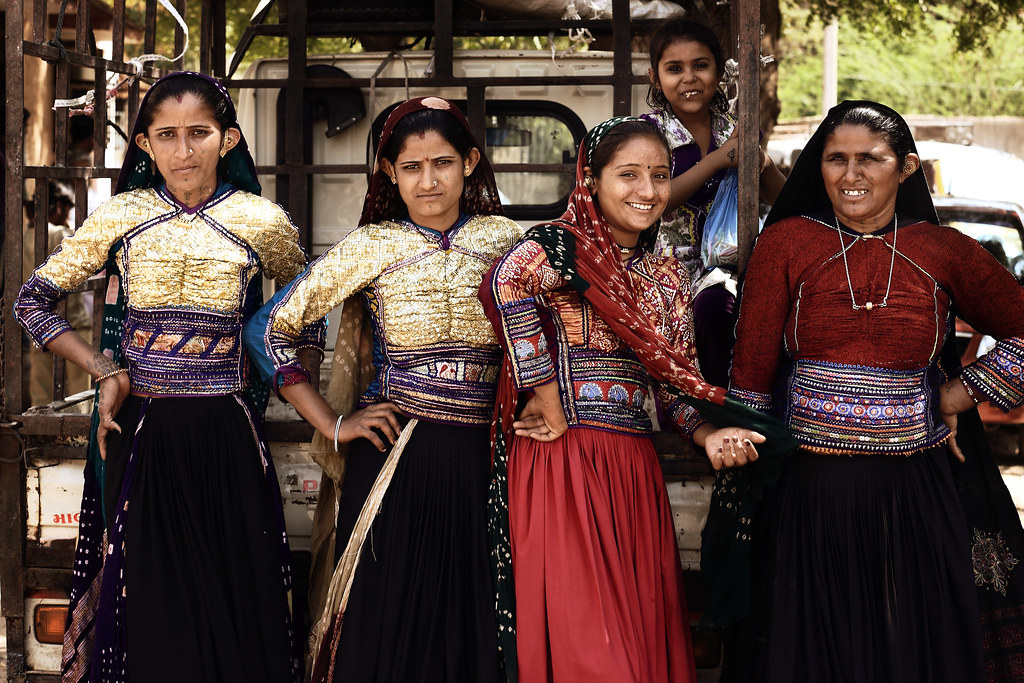 Rabari is one of the least known traditional folks of India. The tribe is originated from a mythical reference of Shiva and Parvati.

Though there are many versions of this story, it is the most famous one. They spread across Gujarat, Rajasthan, and Punjab of India, and Sindh province of Pakistan.

Rabari people are living camel and cattle herders. Many of them are shepherds and selling milk sometimes.

While men are searching for work to survive, Rabari women keep themselves busy with crafting, household chores, gathering fuels, and taking care of cattle. Most of their earnings are depending on embroidery crafting. 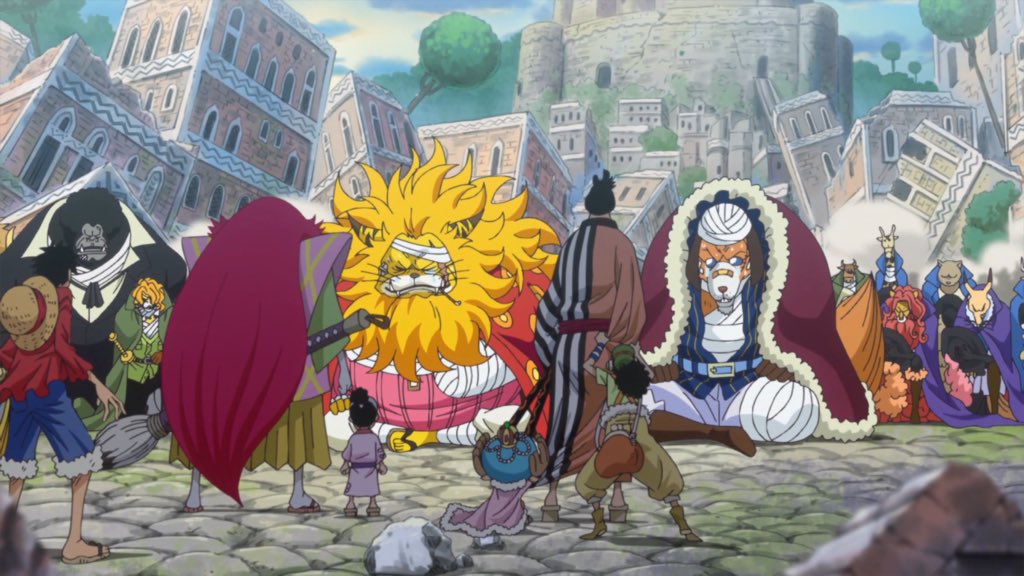 Wano People are located near the Mamberamo River. It is located in Indonesia and consists of people and incredible animals like cassowaries and tree kangaroo.

As a result of making handmade stone axes, their culture is regarded as ‘stone age culture.’ Their area is restricted due to the Stone Age culture.

They are experts in making tools with an old-style technique. Women of the Wano tribe wear grass skirts, and men wear koteka as their traditional attire.

The Wano men always have bows and arrows for hunting crocodiles. Their area is well known for its biodiversity. 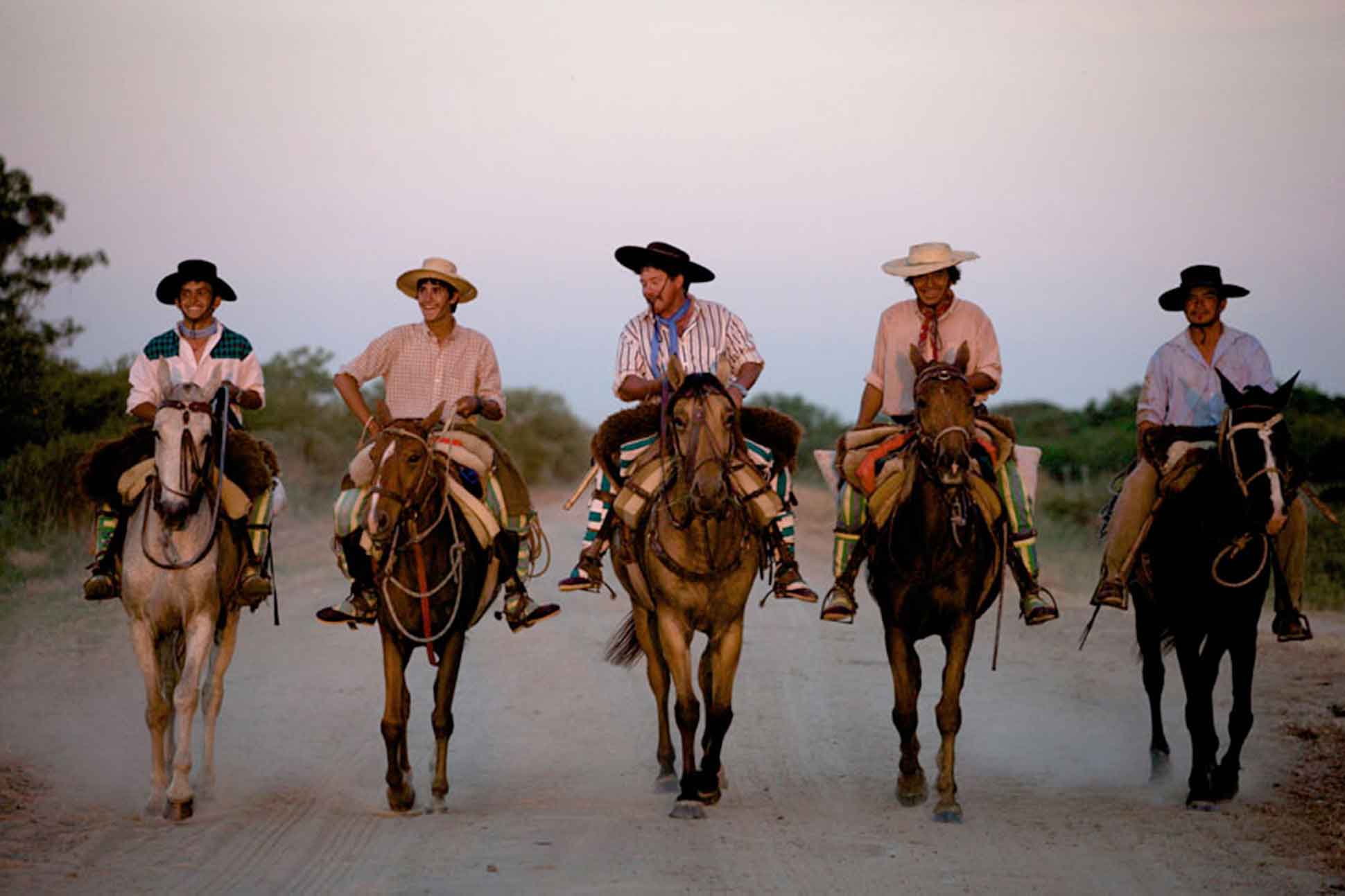 Gauchos is originated in South America. They are living across Uruguay, Bolivia, Brazil, Chile, Argentina, and Paraguay. The inhabitants of Gauchos are bohemian and courageous.

Horses are their favorite animal. They are considered expert horsemen. Their contribution to literature, legends, and folklore is remarkable.

One of the most noteworthy aspects of Gauchos is horsemanship. They have their unique dressing style.

In the 19th century, the people of Gauchos took part in the Federalist revolution. Along with their rich culture, they are strong, brave, and honest. 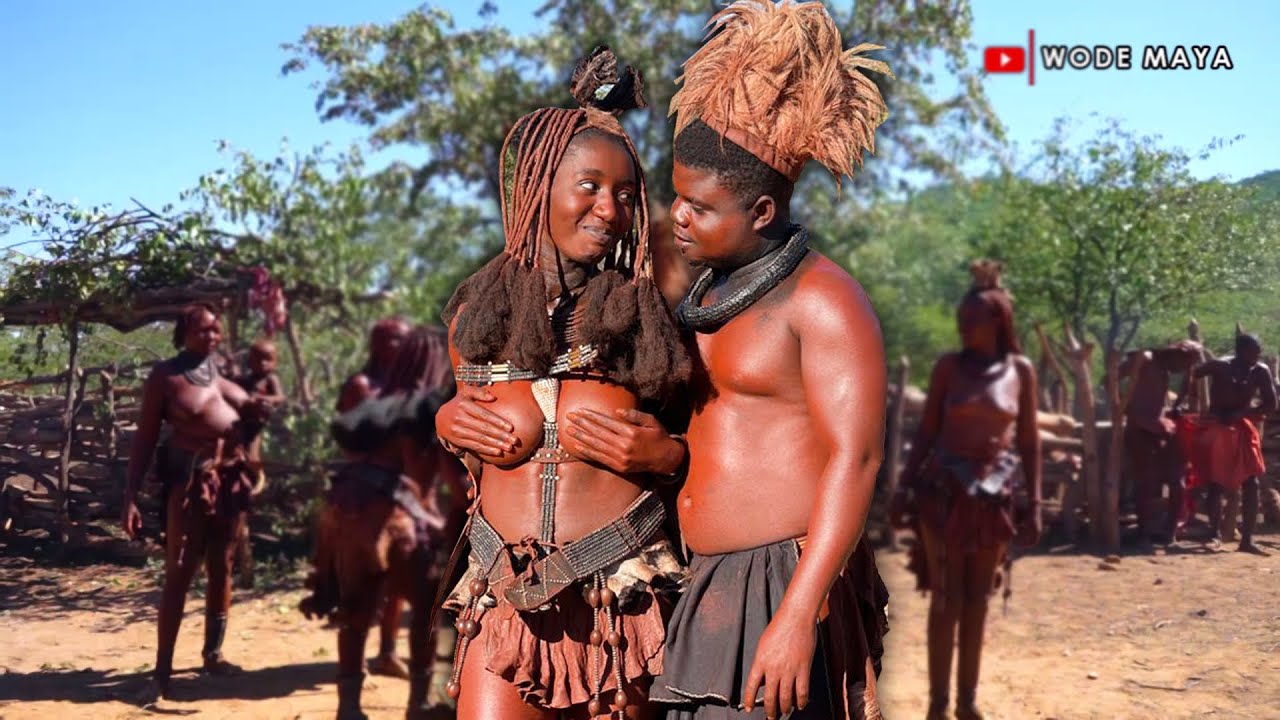 Though Himba people are famous in Namibia, they are still unknown to many people. They welcome people with warmth. The Himba men and women divided their chores.

As Himba people are living their life inside of Namibia, so they are maintaining their traditional lifestyle, food habit, clothing, and norms.

Samburu tribe is located in Kenya, the main attraction of East Africa. It is a part of the Maasai tribe and is renowned for its versatile culture.

They speak in their native Maa language. These people are following ancient traditions, religions, and customs. Samburu tribe is also known as semi-nomadic paternalistic.

They always eat vegetable soup and cook meat only for special festivals. As other folk groups, Samburu men are earning, and women are maintaining household chores.

According to some sources, the Samburu women are still facing domestic violence, sexual exploitation, and rape. Despite these, the Samburu tribe is a famous campsite for the tourists of East Africa.

Folk culture is an essential component of our society. We are getting modernized day by day. But they are nurturing the traditional norms and beliefs for many years.

The major characteristics of folk culture are their same occupation, lifestyle, traditions, dressing style, and foods.

Many folk cultures are prominent for their rich folklore and literature. There are several documentaries and articles about folk cultures.

Instead of demeaning, we should help them to survive. We should preserve these folk cultures to save the traditional belief, rituals, and lifestyles.