‘Hold on, Chinese and Japanese cultures are different?’ this is a question that might come to your mind as you go through this article. It’s 2021 and let’s be honest, if you still think so, you are living under a rock.

Chinese culture and Japanese culture appear to be similar to the foreign eyes, but in reality, small cultural differences exist between these two nations. We will discuss Chinese VS Japanese Culture throughout this article. Since the beginning of these two civilizations, their cultures have been a matter of contention amongst historians. The Chinese culture had a great influence on the Japanese culture.

However, over time, the Japanese culture has emerged and evolved, marking its own cultural identity. As a result, the two civilizations have developed several similarities and differences. 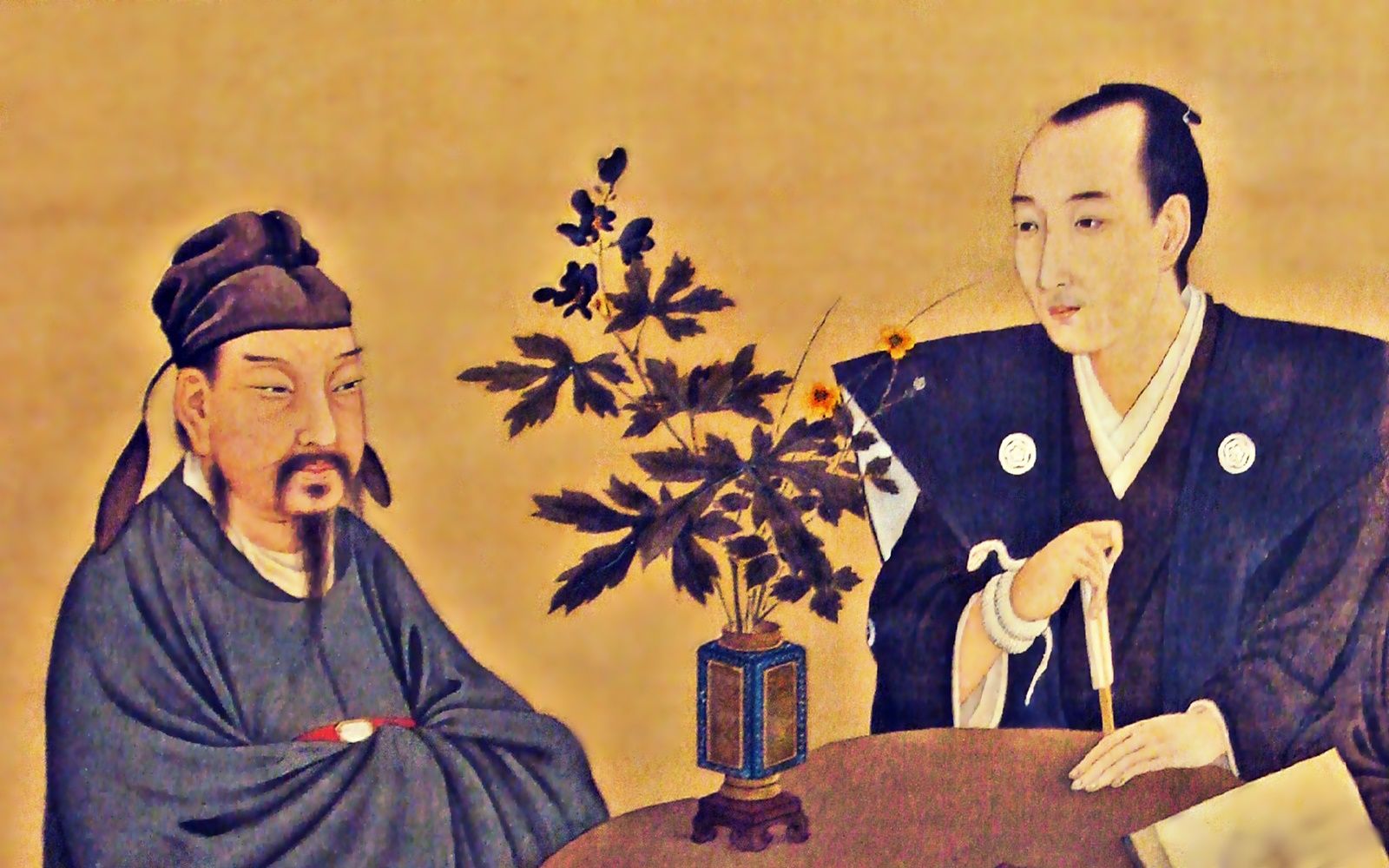 One of the connecting threads that bind these two cultures is Confucianism. They follow the Confucian values: respect for parents, love within the family, righteousness, loyalty to the state or government, honesty, and humaneness.

Both the cultures have similar mindsets in terms of being ‘a collectivistic culture’. They share a strong sense of collectivism, where the needs and goals of a community are prioritized more over the needs of an individual.

This interdependence on each other explains why people in China and Japan have a healthier social life. Prior to the arrival of Buddhism, the Chinese and Japanese were said to be polytheistic. They believed in the existence of many gods.

Gradually, Buddhism became the dominant religion in both cultures. However, it is worth noting that some people still have polytheistic beliefs.

The Chinese and Japanese culture follows the normal patriarchal system of inheritance where the eldest male in the family serves as the head of the family.

The social order dictates the utmost respect for elders in the family. Extended families with very strong roots are very common.

Differences Between China And Japan

There are a few major differences between China and Japan when it comes to business. Here are a few key points to ponder:

If you’re looking for insights into how these two countries stack up against each other when it comes to business, check out our blog post on the topic! If you notice carefully, you can see a very evident difference between these two cultures: cultural diversification.

The Chinese culture is rich in diversity as it entails a varied blend of different ethnicity, culture, dialects, food habits, dresses, and local customs. China had always opened itself to several nationalities, from Indians to Europeans, for trade and business.

This exposure caused the styles, practices, and beliefs of different cultures to be incorporated into the Chinese one, making a heterogeneous culture.

As for ethnicity, the country is home to people of different backgrounds like Koreans, Taiwanese, Vietnamese, Mongolians, and Uighurs.

On the other hand, the Japanese culture is a homogenous society where 98 percent of the population is descended from Japanese ancestors.

Over its history, Japan has managed to isolate itself from external influences, unlike China, for which the country has been less exposed to different cultures. This is why they have a unique and distinct culture.

China and Japan are both countries with a rich history. They have a lot in common, including a number of business similarities. Here are just a few:

Similarities Between Chinese and Japanese

There are many similarities between Chinese and Japanese, including their writing systems, cuisine, and culture. Here are five of the most notable ones:

This might come to you as a shock, but the Chinese language and Japanese language are not the same! It’s time to burst your bubble because they have much more differences than you would probably think.

Yes, both the languages share a significant number of the letter that is quite similar, but their pronunciation, function, and grammatical rules are completely different.

The Chinese language has only one writing script (Mandarin Chinese) but multiple spoken dialects that use the same script, such as Mandarin, Wu, and Cantonese.

In comparison, the Japanese language has three different writing scripts (Hiragana, Katakana, and Kanji) but only one dialect, which is Japanese.

If you feel Chinese is the most complicated language, then we bet you haven’t heard the Japanese language properly? The three different scripts make the language even more complex.

An interesting difference is that the names vary according to the culture. Chinese culture names are usually monosyllabic and end with a consonant like Lee, Ma, and Lu. Whereas, in Japanese culture, names are polysyllabic and usually end with a vowel-like Minata, Hayate, and Yuzuki.

China is a communist country, so the majority of the people opt for the communist ideology of atheism. But that doesn’t mean they do not have religious beliefs at all. Few still practice traditional Buddhism, Taoism, and Chinese Folklore to some extent.

In this regard, Japanese people are far more religious. Along with Buddhism, they follow a native religion called Shintoism, which revolves around the ideology that kami- gods or spiritual entities-inhabits all things.

Japanese people merged both the philosophies from Buddhism and Shintoism harmoniously and made it their distinctive Japanese religion.

The kami or spirit of ancestors are given celestial strata in Japanese shrines, and they cohabit with their traditional Buddhist pagodas.

Chinese people tend to be family-oriented. As a firm believer of Confucius, the Chinese emphasize family loyalty more and give their families the highest regard. This isn’t the exact case for Japanese people.

Instead, they are more socially oriented. Three things are very important for them: social status, social hierarchy, and social order. They are more concerned about how society will perceive them.

Undoubtedly, people from both of these cultures are extremely polite and formal, but Japanese people are on a different level. Japanese culture puts a lot of emphasis on societal harmony. This could account for the high level of self-discipline and decorum expected from them.

Japanese are stricter in maintaining proper protocols and etiquette, like a polite approach and softer voice tone, even in normal conversation. They are more composed and restrained in terms of their behavior.

So, it is very unlikely that you will encounter Japanese people quarreling or yelling at others in public. Sometimes they even mute their phones while traveling because it is considered discourteous, according to them.

For instance, when you receive a gift in Chinese culture, you open it instantly and share your enjoyment with your friend. In Japanese culture, it’s the exact opposite.

Fun fact: Japanese people are so formal that if you are a year or two older than them, they will be super formal and give you a lot of respect!

China and Japan are well-known for their unique culinary skills. Even though China’s cuisine has inspired Japan’s cuisine, both are exclusive in their ways.

Owing to the fact that Japan is an island, seafood is their specialty. Sushi, katsu, yakisoba, and udon are the real deal when it comes to seafood. They like to eat raw and fresh food.

They use a negligible amount of oil to make their food, so the food is healthier. On the other hand, China uses many oil, flavors, and spices to temper the food and make them stand out to the people.

It offers a diversified cuisine because of its large geographic extent and external influence. Noodles and rice are the traditional and main ingredients that exemplify Chinese cuisine.

Rice is a common meal in both countries, but they are made differently. In China, rice is fried and mixed with eggs, vegetables, and sauce. In Japan, the rice is often served as a bowl of sticky rice.

Interesting fact: While both cultures use chopsticks for eating, how they do so vary. Chopsticks in Japan are shorter with rounder ends compared to the ones in China.

A closer look will reveal how different both of the cultures are. China has a voluminous culture in terms of dialect, food, and customs. Japan has a more reserved culture with a harmonized and standardized society.

So, in reality, our thinking does not change the Chinese VS Japanese Culture factor. Overall, every nation has its own distinct culture. We hope that this article taught you the culture of both the Chinese and Japanese.

So, one of the most commonly asked questions around is “What is the difference between Chinese and Japanese culture?”

While there are many similarities between the two cultures, there are also some notable differences that can be quite surprising.

This blog was designed to help you better understand the similarities and differences between Chinese and Japanese culture so that you can have a more rounded perspective when interacting with either one. Keep reading to learn more!

1. Ready to Enhance Your Global Reach?

We know that you’re passionate about your work, and that you want to share your ideas and insights with as many people as possible.

That’s why we’re excited to offer our global blog publishing platform – it gives you the ability to publish your content anywhere in the world, without limits or restrictions. You can also monetize your content through ads, affiliate commissions, or subscription fees.

2 What Are Some Cultural Ideas Shared by Both Japan and China?

There are a number of shared cultural ideas between Japan and China, including a love of art, literature, and cuisine. Additionally, the two countries share similar Confucian values which emphasize hard work, loyalty, and obedience to authority.

China also places a high importance on education, which is why many students who study in Japan return home to work in their home country’s industries.

3. What Are the 3 Similarities of Japan and China?

4. Similarities Between Chinese and Japanese Art?

5. Similarities Between China and Japan Government?

There are a number of similarities and differences between China and Japan government that warrant mentioning. For one, both countries have a long history of centralized rule. This has led to similar systems of government, such as a strong military and a tightly controlled media.

On the other hand, Japan has had a much more individualistic approach to politics, which has helped to foster a more innovative economy. Japan also has a more diversified population than China, which contributes to its greater economic stability.

Overall, the two countries have experienced different forms of modernization and development, which has led to some distinct differences in their respective governments. These similarities and differences are worth noting if you are interested in learning more about the history and workings of Chinese and Japanese governments.

How Many Cultures Are There? Know The Details

What Book Analyzed The 1950s As A Culture Of Conformity