Bleach is one of the “big 3 Shonen Animes”, along with Naruto and One Piece. But people do not seem to think of Bleach as part of the elite group compared to the other two series.

Everybody who is somewhat similar to anime appears to know who Goku or Naruto is, but you cannot say this is the case about Ichigo, the protagonist of Bleach. Bleach is a popular Japanese manga series written and illustrated by Tite Kubo.

After inheriting his parents’ destiny, Ichigo teams up with other gifted teenagers like him and continues his quest of fighting crime and saving the world from evil spirits. So, when does bleach get good? So, is Bleach worth the watch? Why is it not as popular as Naruto and One piece despite being part of the big 3? And most importantly, when does Bleach get better?

Here, in this article, we have tried to find answers to all of these questions. Soon you will find out, contrary to popular belief, if Bleach is as good as the other two or if Bleach is some overhyped series, not worthy of the Big 3 Shonen.

When Does Bleach Get Good? – No Spoiler! 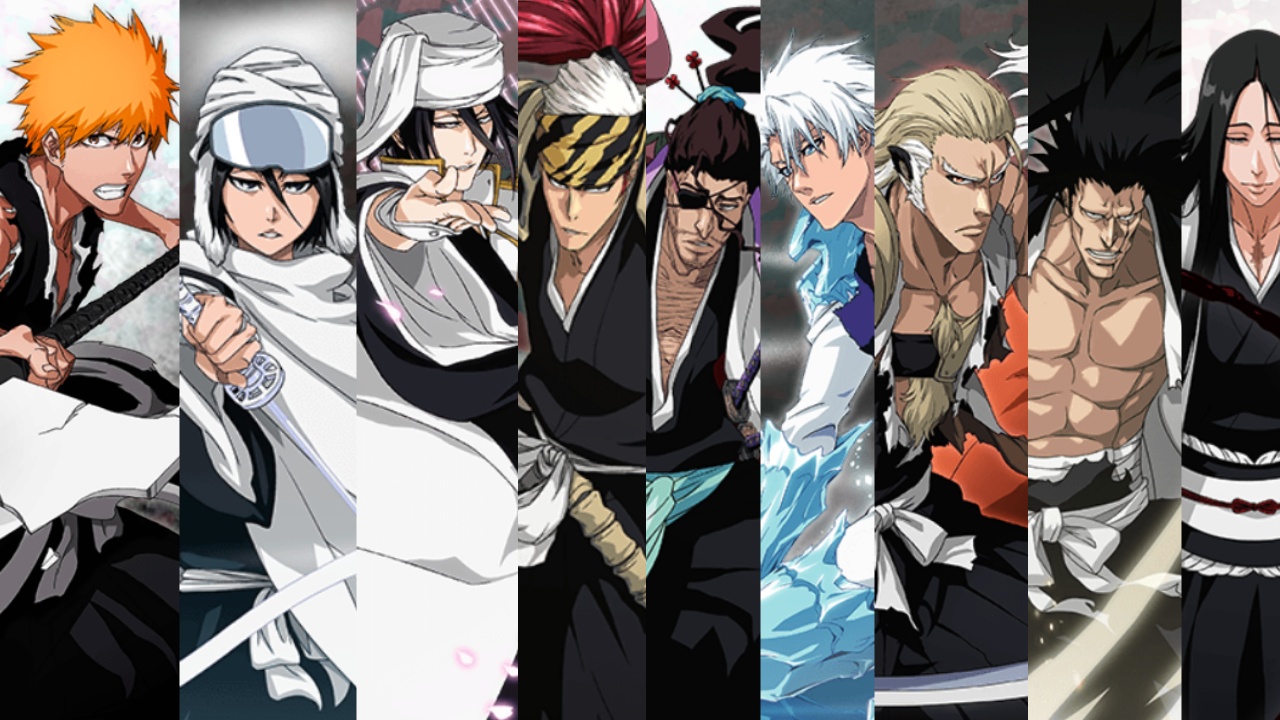 Ichigo Kurosaki was just another regular high school kid, leading a regular life. He never knew he was born with the gift of the ability to see ghosts until now!

When a lost soul suddenly attacks his family, Ichigo becomes a Shinigami – a Soul Reaper. Thus begins his journey of saving the lost and tortured souls.

This series is action-packed, filled with drama, extensive battle scenes, and comedy here and there. The animation of this series is mind-blowing compared to the time it was released. You can feel the sword fights happen in real life, with the perfect drawing of sword fight movements.

The characters are overall nicely written and executed. One of the most standout things about this series is that each main character has their own story to tell, and you will get to see their action sometime in this series.

Music has always been a big part of amines. In Bleach, music played a perfect role in setting the mood of the characters. It brought more emotion to particular scenes and set the tone of the scenes. It made some scenes sadder, some filled with actions.

The soundtrack is greatly varied, and it is renewed in every story arc. It will introduce you to new tunes quite often while keeping the old, familiar ones around too.

The soundtrack goes so well with the tone and the atmosphere of the scenes, featuring everything from melodic piano pieces to upbeat, adrenaline-rushing guitar bits and hilarious comedic tracks. The opening and ending themes are feature-packed with different types of genres.

Now that we are done with the good parts let’s dive into the dreaded bits. The controversial side of Bleach.

Bleach’s conception gets dull and repetitive over time, and all the protagonist does is kill some random evil with no real motif. How true is that? Did the storyline get sidetracked by filler arcs?

Bleach is a direct adaptation of a popular manga. Manga usually publishes around eight pages per week. To keep up with the timeslot, the series releases one full episode every week.

Shows like Bleach are intended as direct adaptations of really popular manga. The manga, I think, publishes at the rate of 8 pages per week. The show, to hold onto its timeslot, has to release a full episode every week.

So, shonen anime like Bleach ends up having a lot of filler arcs. These are just piggybacking off the popularity of a manga. Not too much happens during those filler arcs; otherwise, the series will get out of sync with its manga.

Know about: When Does Bleach Get Bad?

The makers end up including a lot of fanservice to keep the rating high. That is why many episodes focus on famous side characters and their storylines to keep the fans entertained.

The Soul Society arc is the fan favorite, and many complain that after the ending of this arc, the show goes downhill. Soul society is so action-packed filled with excitement, and then when it ends, suddenly you get two arcs of slow-paced filler.

The Hueco Mundo fails to live up to your expectations as well. This arc has way too many fights and the same reused concept of “saving the damsel in distress.”

You will not be able to see the unique cast as much as before, and aside from some interesting storylines, there is not much emotional development shown in the later arcs.

Moreover, the fights do not give you the same adrenaline rush as the previous arcs. What made the fights in the Soul Society arc so unique was the enthralling depth of the fights, which was missing in the later arcs.

Now all you get was the display of their unique powers. And, there were no major plot holes to speak of that will blow your mind.

The Best Part of Bleach: 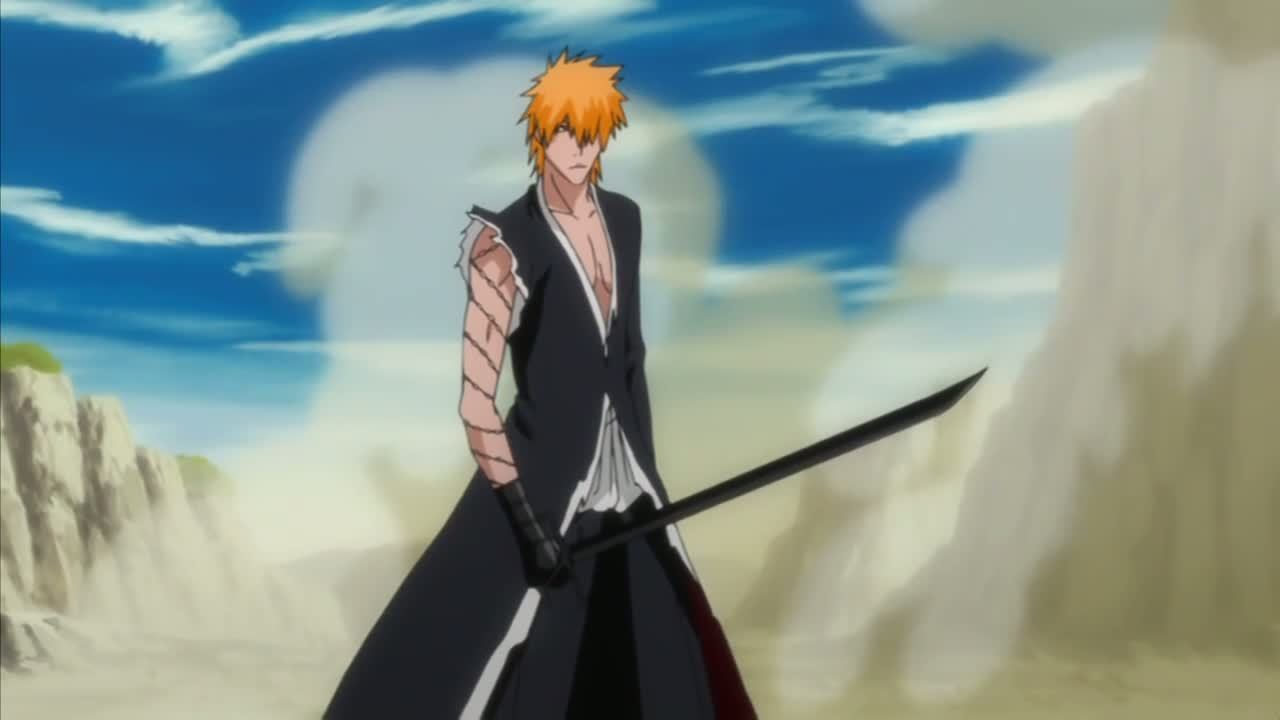 The beginning of the Soul Society is pretty basic, introducing you to all the main characters of Bleach.

The strong-headed, typical teenager hero; who suddenly discovers he is no longer a regular boy but rather a Soul Reaper.

These Soul Reapers, also known as Shinigami, guide departed souls of humans to the Soul society- an afterlife dimension formed after medieval Japan.

They fight evil spirits called Hollows and protect living beings and tortured souls from them. Then you will get to meet his arrogant rival, the klutz girl who will greatly influence the ongoing journey of our protagonist.

At the end of the Soul Society arc, that is when things start to get interesting. As the plot reveals itself, things soon escalate into an assault on Soul Society.

A rescue mission forms four to five heroes with spiritual abilities who fight all types of Shinigamis on their way to reach their goal.

You will get to witness a lot of meaningful fights and well-fought actions in this scene. The unique set of characters bring the best of those scenes with their flashbacks and well-written plots.

In the first 60 episodes, the story builds up one hell of a plot, and a mind-blowing twist comes to life. The soul society arc is the best of Bleach, and it is the climax of this series in every way.

The reason why this said arc is well-loved by the fans is because of its unpredictable factors. The cast is colorful and vast, and it will introduce you to a great universe filled with mind-blowing facts and all kinds of twists.

This arc will always keep you guessing. You will wonder what type of power a particular character has or what the villain has been planning. You can never guess what will happen next. It will keep you to your edge.

Rather than the storyline, the cast brings out the best of Bleach in this said arc. They will deliver different kinds of mysteries, unique plot twists, and other factors that will keep you hooked till the end of this arc.

Is Bleach worth watching after the Soul Society arc?

According to popular belief, the Soul Society is by far the best arc of the Bleach series. The later arcs are not as interesting as the said arc, and the storyline keeps getting downhill.

The other arcs might not be as good as the Soul Society arc, but it is still worth giving a try. It depends on the type of genre you like. Bleach is the typical anime that will give you the Shonen vibe.

Is the Bleach in the big 3?

Yes, the Bleach is part of the big 3, together with Naruto and One Piece. The Big 3 refers to the three most long and popular running series in the mid-2000’s period, also known as the golden age.

Nearly a decade later, author Tite Kubo has announced that Bleach will return in 2021. The series will adapt to its final arc of the manga series, Thousand-Year Blood War.

Bleach is one of the most popular anime of our time, and being part of the big three, it will always be compared to One piece and Naruto. In some cases, even with Dragon Ball, Z. Bleach is a series that is loved by many, as well as hated by many.

While some people consider it overrated and repetitive, and even predictable, others think this will be a series with a great universe and epic sword fights.

The fillers are the part that gets the fans most irritated. Fans argue there are way too many fillers in this series.

But fillers are technically not part of the show, so you skip them while watching, and you will not miss any plot or storyline.

After the Soul Society arc ends, the later arcs do not provide many complicated stories or characters with depth. But if you love well-executed fights and do not care about complex storylines, you will love this series.

Bleach is a long-running series with over 366 episodes. If you cannot decide whether you want to commit to this lengthy series or simply wondering when does this series get better, reading this article will surely help you make your mind and save valuable time. I hope you understand the fact of When Does Bleach Get Good.